AML celebrate ‘Women that Inspire us’ on #IWD 2019

At AML many of us, men and women, were inspired by a talk that Christine Armstrong gave at our recent AML Talks. So, to celebrate #InternationalWomensDay this year, we wanted to reflect on the women who had inspired us most in our lives. And us AMLers know of some pretty amazing women. From women who smashed the glass ceiling – the first female Director of BT, an ex-Olympic rower turned gynaecologist, a rare female chemistry student in the 1920s – to those who have battled prejudice and changed lives. These women continue to inspire us every day which is why we’re dedicating #IWD to those we’re #inspiredby #womenspiration.

My mum Kate Nunneley. She is my real life hero. Having been an International Rowing Champion as a Junior, she went to Cambridge University to study medicine while continuing to row competitively and [She] competed in the 1984 Los Angeles Olympics, in the middle of her degree. She then went on to be a surgeon in obstetrics and gynaecology and is now also a leading specialist in the menopause. All while having and raising three (FANTASTIC if not a little demanding) children. She is an actual superhero.

Great Aunt Florence was always a leader: she had to get a scholarship to go to secondary school and university, did both and her seven younger siblings followed suit. She was a rare female university student in the 1920s and got a first in Chemistry. By 1927 she was teaching in China and defended her students from a violent mob – telling them, in Chinese, to stop interrupting their children’s lessons. She was a wonderful, inspiring, fearless woman who was interested in each of her great nieces and nephews. She wanted to feed your mind, showing by example where a keen intellect and application can take you. 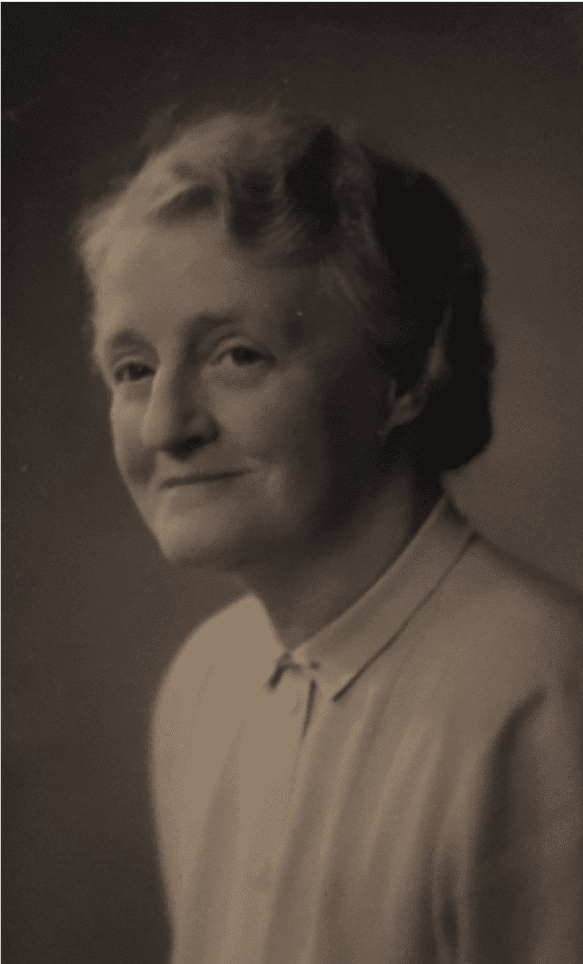 The woman who inspires me is my nan Yve Newbold. She had 4 children by the time she was in her early twenties, aced a Law degree and was once titled Britain’s Business Women of the Year. Achieving this whilst being not far from my age, whilst raising four children is incredible. I struggle to even do my own laundry. It is easy to focus on her career, her achievements are more than inspiring (ranging from Company Secretary at Hansons, Walt Disney’s Lawyer, the first female Director at BT and was on the board for Sainsburys) but as a Grandmother, she is incredibly supportive, caring and generous. My nan (self titled) is my biggest fan, someone who will be the first to help me and give me the best advice and guidance in any life situation. I’m very lucky to call her my nan.

My girlfriend, Florence Schechter. She’s currently establishing the world’s first physical Vagina Museum, something which she makes appear effortless but has involved countless tasks that would normally involve a small army of specialists. If that wasn’t enough, she has created a travelling workshop, ‘Is your vagina normal?’, promoted female-led comedy nights and written and performed her own solo science comedy show about sexual behaviour in the animal kingdom. She is someone for whom ‘it’s too much effort’ just isn’t in her vocabulary, and that’s what I find so inspirational.

My Grandma Anni Fitzgerald inspired me to follow art as my career. A sassy, strong, kind and generous woman with a serious talent. She took me to my first exhibitions, taught me how to draw with pastels and paint with water colours. We have her art hanging all around my mum and dads house. She still goes to life drawing classes now following a career teaching art as therapy to those who need it most 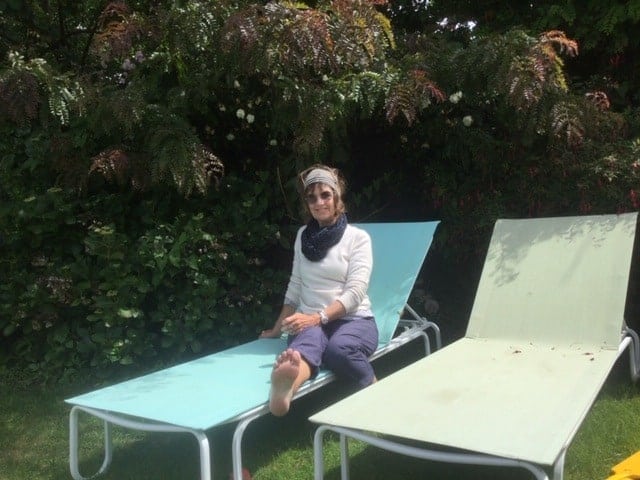 Bianca Pitzorno’s stories of smart, fun, and brave kids (mostly girls) made me laugh, cry, and hold my breath, while learning about racism, social injustice, sexism, bigotry, and much more. When a friend of mine, in 2001, told me she was enjoying a new book, Harry Potter, I asked “Yes, but can it be as good as Pitzorno’s ones?” (it was, btw).

My ‘foster’ mother, Dorothy Clewer, (who brought me up from the age of 11 when I came here to go to school. The Clewers were friends of my father). She adopted 3 children as well as having 4 of her own. In her lifetime she fostered over 50 children. She was an amazing woman, full of spirit, kindness, wisdom and lots of stories. My other inspiration is Maya Angelou – I love her books and her writing. Another woman with an amazing spirit. I also love the way she spoke – so poetic.

It would have to be my Mum. She is the strongest and most hardworking woman I know; she does so much for others but asks for nothing in return, completely selfless. Born when the Dutch colonies were in Indonesia she lived there until she was 16 when the Dutch were literally kicked out of the country, leaving family/friends behind she had to learn how to live in a new country with a different culture.  She had to do that again when she married my Dad and moved from Holland to England, but that’s a different story. She has shown me so much and set the foundations of who I am today, so where I used to fear the words “You’re turning into your Mother,” now I only hope that I can come close to being like her, in my own way obviously!

My maternal Grandma is my role model and inspiration. Grandma Hilda was a German Jewish refugee. She moved here just before the war at the age of 21. After experiencing the anti-Semitism of Nazi Berlin, she and her family found themselves ostracised over here, because they were German. She married my Grandfather when she was 28 (practically a spinster in those days), he was 5 years her junior, yup she was the original Cougar. Then Grandpa started his own business and there were hard times. Grandma’s family were fortunate to have escaped before war broke out, so her parents kept many of their belongings. But my Grandfather’s parents weren’t so lucky, they came here with nothing but the clothes on their backs. My grandma gave every penny she earned to them, handing over her pay packet without even opening it. Thanks to her tireless support, Grandpa’s scientific instrument business became very successful. They had two healthy, happy children and, even though English wasn’t her first language, Grandma wrote several popular children’s books – which apparently sold very well in Woolworths. Then, at the age of 40, she gave birth to a little boy with Down syndrome. My Grandfather was devastated and at first refused to acknowledge David. But my Grandmother fought to keep him at home and bring him up without hiding him away, as many people did 70 years ago. In spite of going through all of this, I remember my Grandma as an incredibly positive and generous woman. She was always smiling, she never complained and she always had time for people. Grandma would talk to anyone – often embarrassing me on the tube, and she had a strong German accent until the day she died.