It’s amazing what a simple idea can do. One of AML’s creative team saw that the name of Donald Trump, US Republican presidential candidate, contains some timely advice to American voters: the word “Don’t”. A message that has now been seen by millions and shared over a hundred thousand times worldwide.

An art director’s insight, some elegant typography photoshopped into a New York billboard, and Stephen O’Neill had won AML’s internal creative award. But then his idea escaped onto the internet. It was picked up by an agency staffer in Singapore, who shared it with his followers. Over one weekend in May 2016 it quickly spread round the world – from Taiwan to Texas. 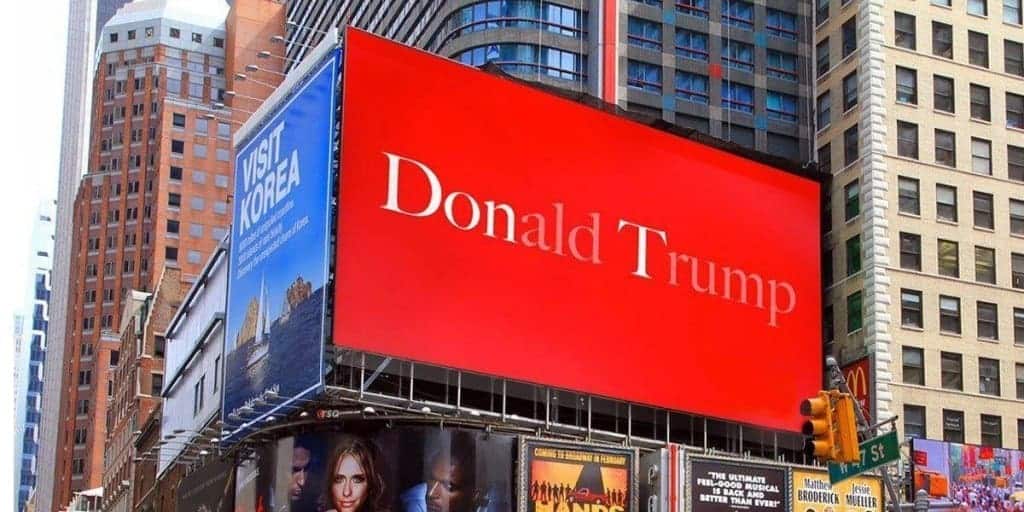 The poster was widely attributed to The Economist despite having no logo and a different typeface; despite being created a week earlier it did accurately reflect that newspaper’s current cover story on why Donald Trump would be a disastrous president for America and the world. By the Monday it was the most widely-shared story on UK social media site The Poke and by Tuesday it was the lead story on AdWeek’s global homepage. It has now been shared over 250,000 times on Facebook, 500,000 shares on Instagram and has flooded Twitter and LinkedIn.

Ad industry experts around the world had praised its wit and style. It’s a simple idea that sums up a complicated political issue. Which is what we do at AML – it’s good the world (mostly) agrees. Even The Economist was heard to chuckle.